Thoughts on the מצב – Situation in Israel

Many have been discussing the situation with Israel and Palestine lately, and for a long time.  It is clear, with the way Gaza is, and with the continued building of settlements in the West Bank, that the “Two State Solution” will likely never come to fruition.  A solution is possible, but it will take huge amounts of work by many parties and likely be hugely unpopular at its outset.

By way of background, Israel has been the Jewish homeland for approximately 3,500 years.  Jews were exiled in 586 BCE by the Babylonians, and in 70 CE by the Romans. Yet there has not been a time in these 3,500 years, when there was not Jewish inhabitance of the Land.  There are many historical holy sites in Israel that are important to Jews, Muslims, Christians and a few smaller groups. Yet people do not always have access to these sites.

There are many wonderful things about Israel in addition to the historical sites.  Israel’s agricultural industry is unparalleled in the Middle East. Israel is also a hugely innovative country in the technological and medical arenas.  Vast numbers of jobs are created in all these fields, none of which are fully embraced in other countries in the Middle East, despite the potential to do so.

With a lot of work, Israel could truly be the gem of the Middle East, and I think we all hope and or pray that it really can be.

So, here is my proposed solution:

1.    Remove Binyamin Netanyahu from office and permanently ban him from public office.  He is dangerous to Israel and a huge part of the problem.

2.    Enact a change to Israel’s Constitution, designating Israel as a permanent SECULAR Jewish state. (From what I have seen in history, theocracies usually end up being run by right wing extremists.  The end result is always the removal of human rights.)  This means that in Israel, the Rabbanut (the Orthodox rabbinic leadership) must not be involved in the political process. These changes must be in perpetuity and irrevocable.

3.    Grant full citizenship to Jews, Palestinians, and other people who are indigenous to the full borders (not pre-1967) of Israel. This means that all these peoples have full and equal rights and protections under the law, even though Israel is designated a secular Jewish state.

4.    In this situation, Jews, Arabs and others will all be living side by side. This has the potential for strife, but if the IDF or the Mishtara (Israeli police) intervene, this may be seen as one sided.  So a multinational peace force is required to be deployed in Israel, for a period of time to ensure things go smoothly.  The UN has for decades, since they declared Israel’s statehood, voted in numerous resolutions against Israel. Instead of this, they need to be working to ensure the peace in the land.

5.    Since Jordan and Egypt, along with Syria and Lebanon to a lesser extent, have also been keeping Palestinians locked in, these countries should also be urged to open their borders to Palestinians who wish to live in these countries.  As a reminder, the Kingdom of Jordan was created, in part, as a Palestinian homeland in the Trans-Jordan, as part of the Balfour Resolution and the British Mandate, yet Jordan has never fully allowed Palestinians to settle there.

6.    The multinational forces, in addition to peace keeping duties, would need to be assigned to ensure full access by all, to all Holy sites in Israel.

I am sure that there are many more things that would need to be done to ensure the success of such a plan.  I also expect many people will argue or disagree with me on many or all of the points I have raised.  That is fine, as long as it leads to peaceful discourse.

I am not interested in fierce debates.  This is just a trial balloon to suggest a way forward, since nothing tried so far has worked.  To do anything like this will be extremely difficult, but I hope that visionary people in Israel, the rest of the Middle East and the UN can be found to make something like this happen.  Israel needs to be the Jewish home land she always has been, but she also needs to respect the rights for all citizens to live with equality and peace, and the ability to be secular, or choose the religion that they observe and follow. 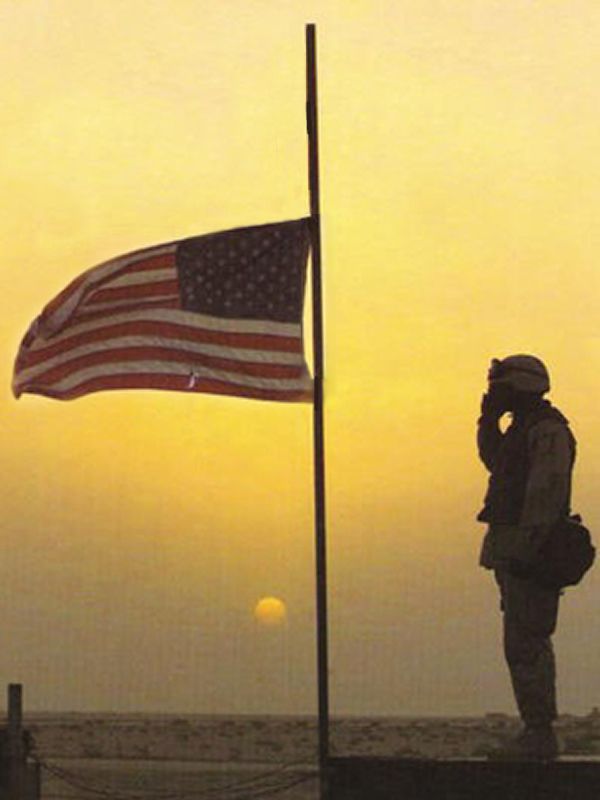 We in the USA will be observing Memorial Day this coming Monday, May 28.  Contrary to popular culture, Memorial Day is not about happy ANYthing. It is also not about sales, barbecues, three day weekends or summer vacation.

Memorial Day is a day when we mourn the countless American lives destroyed in War.

Other than Desert Storm (the global effort to liberate Kuwait only), we have not been in a legitimate war since WWII.  Some might argue that no war is legitimate, but my tradition teaches that if we are attacked we are obligated to defend ourselves.  The US did not enter WWII until after Pearl Harbor and rightly so.  But we have caused or entered so many unwinnable wars, and destroyed so many lives in the process.

Why?  Mainly to enrich the Military Industrial Complex.

Our so-called leaders in CONgress and the White House seem to think that the Federal budget is “either-or”. Either war or domestic programs, but not both!  We have contributed greatly to the decades of European and Japanese prosperity by being their militaries, and for what?  Yes, the USSR fell, but it might have anyway if the EU had stood up a strong military at the Soviet’s border.  And yes, there are times when action becomes necessary, such as when Saddam Hussein took Kuwait, and the world said no.  But those are few and far between.

It is long past time that we have the Department of Defense live up to its name. We need to stop being the police force for the world. We need to stop causing wars, and getting into other intractable ones.  Only if the US is directly attacked by another nation, should we be at war.

This excludes September 11, 2001.  No country attacked us – rogue actors did. Yet we have been mired in Afghanistan since then, and based on lies went into a full force escalation in Iraq.  What positives have these actions accomplished?

It is past time our leaders start putting US citizens, the regular ones, as the first priority. Not the ultra-rich, not attacking countries to make our stock portfolios stronger, but acting for the betterment of US citizens.  It is outrageous that we don’t have national healthcare, that life expectancies are lower than in Europe, that we have bad medical outcomes and poverty.  With the total wealth of this country, nobody in the country should suffer.

This is an election year. Remember this when you go to the polls this year. If your candidates cannot improve the lives of Americans, they have no business in politics.  If that means voting every single member of the House and 1/3 of the Senate out, then GREAT!

So, on Monday, instead of shopping, beach trips or barbecues, take time to reflect on ALL the costs of ALL the wars we have been in since WWII, all the lives lost and destroyed at home and abroad.

Our country COULD be great, but it will take visionary leadership, not drones who are fully owned by Big (fill in the blanks) and the right wing church caucuses.

May we see the vision of the Prophet Isaiah fulfilled, that “Nation will not lift up sword against nation, and that we will not know war any more.”


Addendum: I would be remiss, if I did not remember all those in our country lost due to שנאת חינם, Senseless Hatred. Whether these are people of color, queer, trans and other related people, disabled people, and police killed in the line of duty.  There are many urban and suburban wars going on in the midst of our country, and these need to be remembered as well.  The great rabbi Hillel taught of Torah, "That which is distasteful to you, do not do to others.  That is Torah, the rest is commentary, now go and learn."

It is far beyond time that people started learning.
Posted by Rabbah Rona Matlow at 6:57:00 PM No comments:
Email ThisBlogThis!Share to TwitterShare to FacebookShare to Pinterest
Newer Posts Older Posts Home
Subscribe to: Posts (Atom)

For the National Help Line, Dial 988

Content Description: The link provided goes to the PFLAG national Hotline website, which provides updated lists of hotlines for trans and other LGBT+ folx.
If you are having life struggles, help is available. Please click here for a full list of resources.

We are God's Children Too